The Aldabra Marine Programme began surveys in November 1999 with the intention to systematically monitor changes in the benthic habitats and reef fish communities at permanent sites around Aldabra. Benthic habitats were monitored using video transects and fish by quantified visual survey techniques.

Coral recruitment was also monitored by measuring recruits in replicated 1m2 quadrats. Sites have now been surveyed in November 1999 and February 2001 and 2002.

During the 1998 coral bleaching a Cambridge University expedition surveyed Aldabra and reported some 40% of all outer reef scleractinians to be recently bleached or dead.

Comparison of this data collected by the Cambridge Southern Seychelles Atoll Research Programme just after the bleaching, with data collected by AMP, indicates that in the long term the event caused at least 22% mortality of corals in shallow (10m) water, but that mortality in deeper water (20m) was negligible in spite of very severe bleaching in 1998.

Coral genera most impacted by the bleaching included Acropora, Porites, Lobophyllia, Goniastrea, Millepora and Heliopora. At St. Pierre, an island approximately 450 kilometres ENE of Aldabra, bleaching led to in excess of 50% mortality.

Many of the massive colonies that were affected by the bleaching tended to have surviving live polyps in a band around the base. Observations at St. Pierre suggest that the genus Pavona may be quite tolerant to bleaching as most colonies at this site were unaffected.

Percent live coral cover at sites around Aldabra currently ranges between 3-28% in shallow water and 0.2-36% in deep water. Coral cover is greatest on the sheltered north western tip of the atoll and decreases steadily towards the more exposed south eastern coastline.

Coral cover at islands east of Aldabra ranges between 12-32% in shallow water and 17-30% in deep water. Live coral cover at Aldabra has not increased significantly between 1999 and 2001, though the percentage figures are tending to rise from year to year suggesting recovery.

Coral recruitment is high at Aldabra, colonies <5cm diameter ranged from 1-13 per metre square in 2001 and 1-14 in 2002. St. Pierre and Assumption islands also have high recruitment, but levels at Astove are low at only 1% in both shallow and deep water.

There are good indicators that reef recovery is underway at Aldabra Atoll and healthy recruitment should accelerate the process in the next few years. There is also indication of recovery at the other islands. However, poor coral recruitment at Astove, coupled with an extensive bloom of Caulerpa, may delay recovery at this site.

In February 2002 the AMP recorded a total of 221 fish species from 38 families at Aldabra, the highest recorded over the past three years. Previous AMP surveys in 1999 and 2001 identified 211 species from 35 families and 205 species from 40 families, respectively.

A Cambridge University expedition in 1998 identified 251 fish species at Aldabra (University of Cambridge, unpublished), but direct annual comparisons cannot be made due to differences in survey objectives and methods.

The status of the fish community at Aldabra can be assessed most accurately by comparing the 1998 record with the combined count of 289 species for the 1999, 2001 and 2002 AMP surveys. These combined surveys include 189 (75%) of the 251 species seen in 1998, and 100 species not recorded in 1998. The 62 species not recorded in the combined AMP surveys were not abundant in 1998. The current species richness at Aldabra is indicative of a healthy fish population. 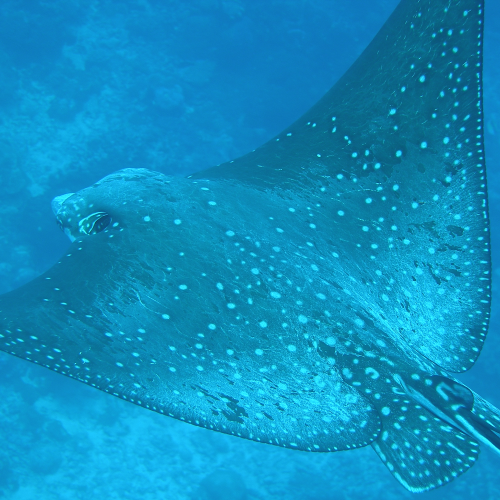 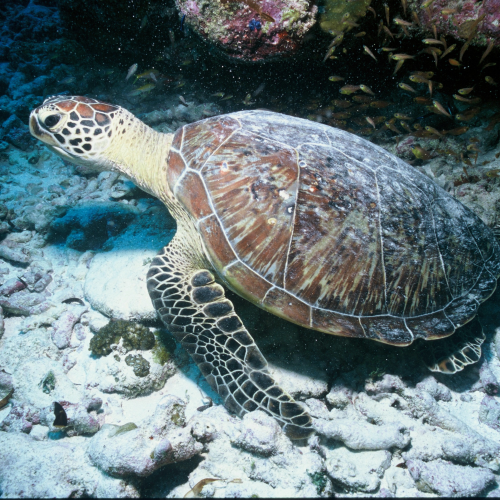 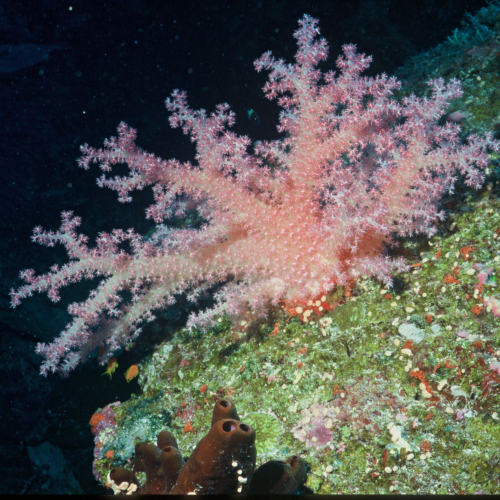 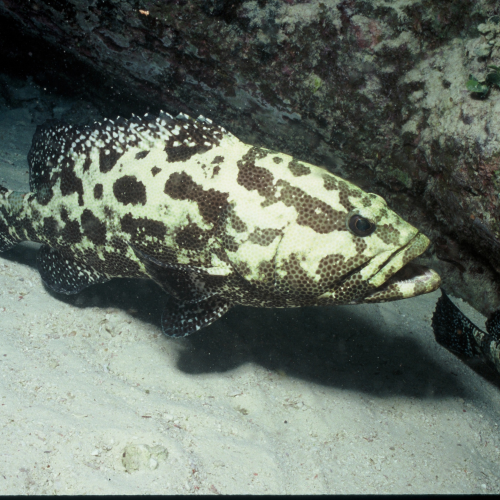 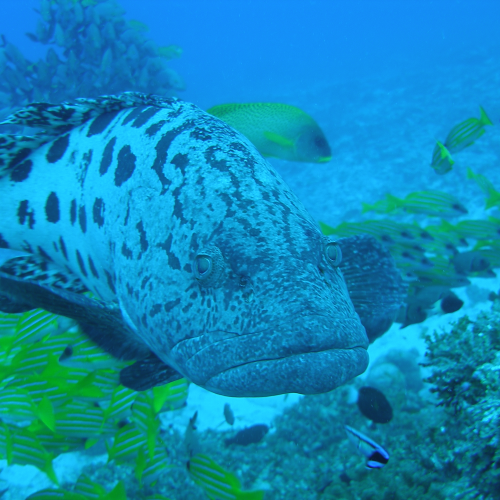 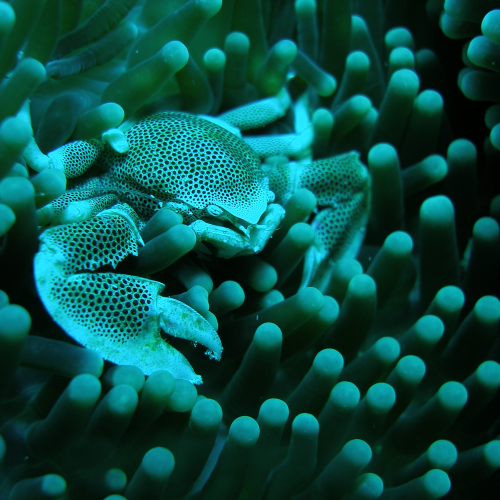 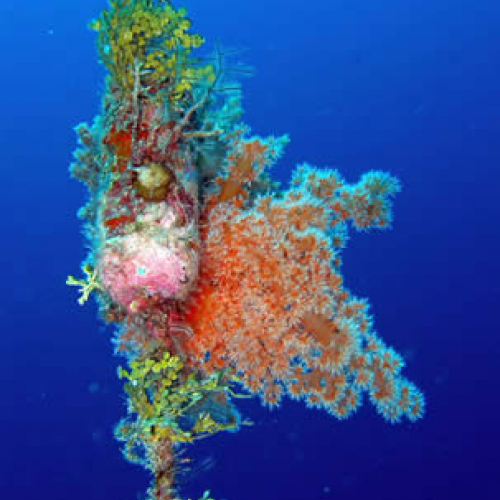 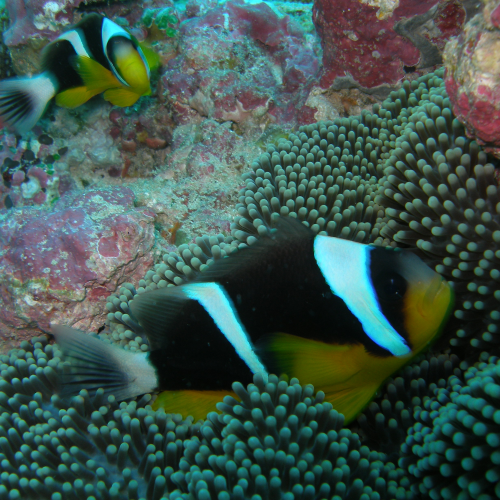 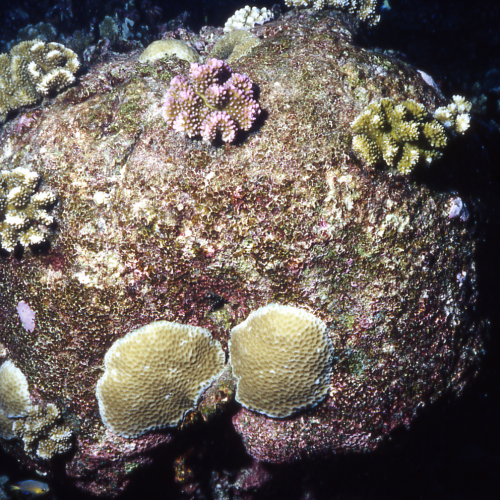 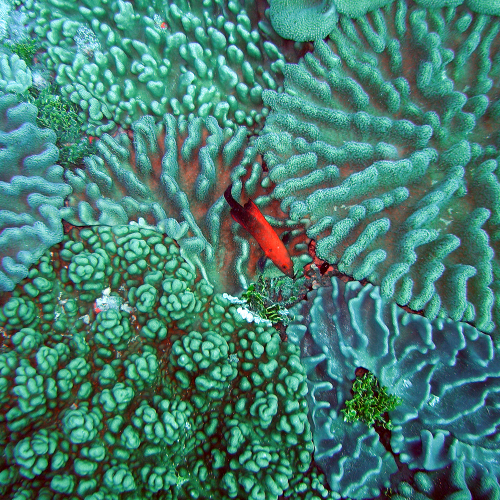 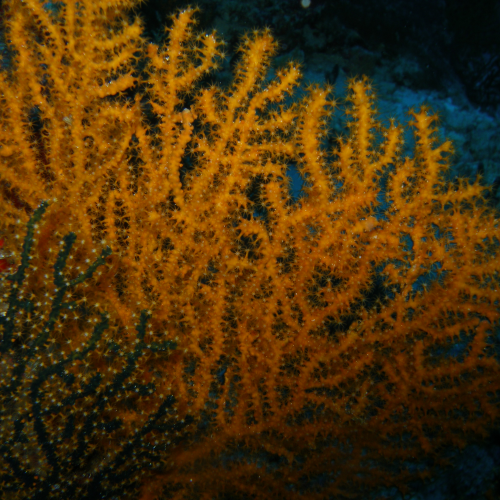 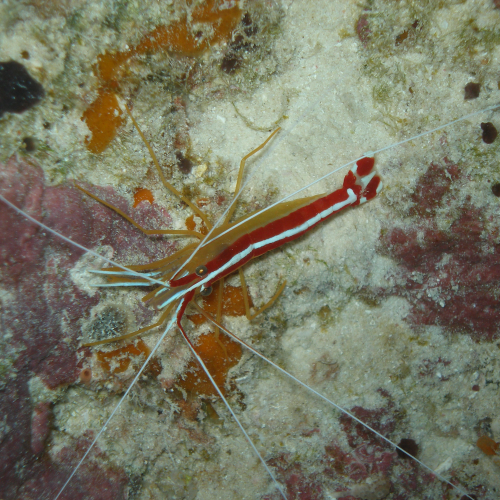 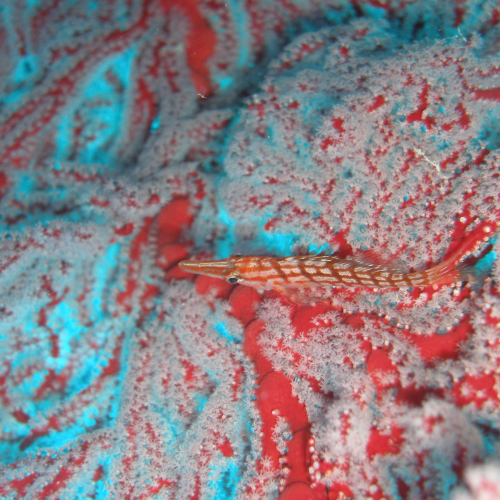 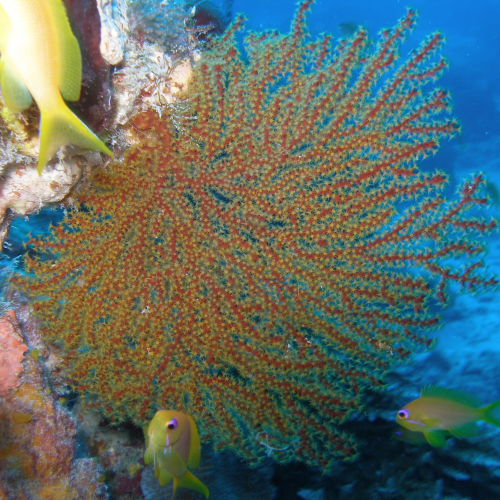 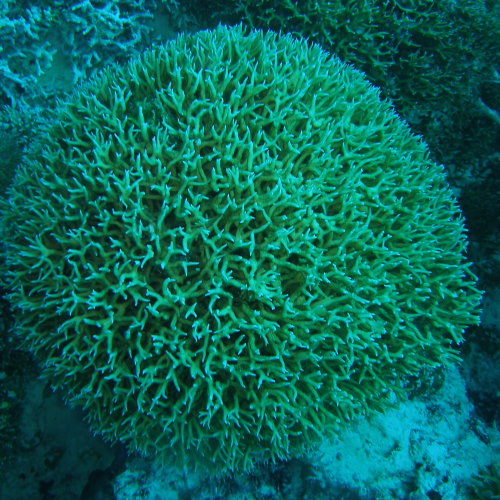 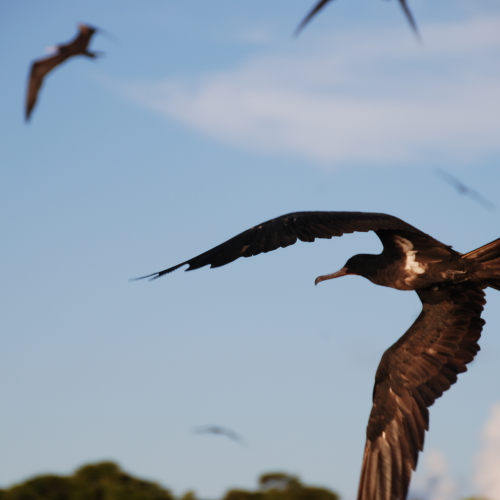 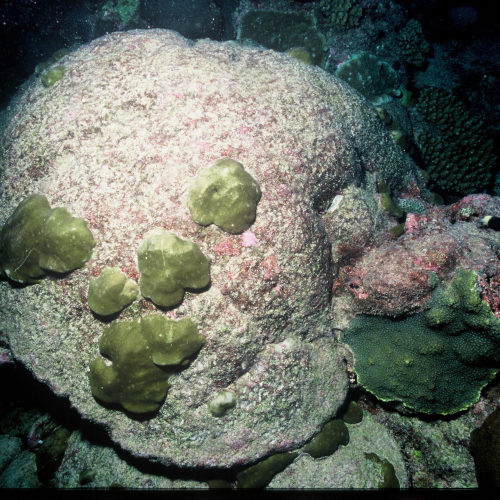 The important heterogeneity in the coral reef habitat at Aldabra appears to be maintained by both live coral and erect dead coral structures. Some significant links have been found between the density of fishes, or number of species, for Serranids, Pomacentrids, Chaetodontids and Labrids, and habitat complexity as measured by the percentage of live coral, or live and dead coral combined.

Large annual differences in the density of fishes, and the abundance of fishes in the <1-10cm total length category, are often the result of counts of only one or two species. For example, in the three years AMP has been conducting surveys at Aldabra there has been a large difference in total fish counts, with 2001 numbers falling to half those of 1999 and 2002.

Although further analysis is needed to elucidate the drop in 2001, it is clear that these densities can be driven by just one or two species of fish. At Site 6, 88% of the count (11,675 fish per 100m2) was made up of one species, the fusilier damselfish, Lepidozygus tapeinosoma. If all counts of this fish are excluded from all eight sites, the average density drops to 962 fish per 100m2 for 2002.

AMP surveys in 2002 at Assomption, Astove and St. Pierre found that fish species richness at each location is about half that recorded at Aldabra in 2002, but comparable fish densities are higher. With L. tapeinosoma excluded, the average densities were 1,513, 1,516 and 1,920 fish per 100m2 for each island, respectively, compared to the average of 962 fish m2 for Aldabra.